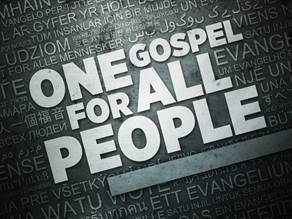 This Sunday as we continue our series in the book of Acts looking at the first recorded sermon spoken in the church.

Peter is a great example of someone who is empowered by the Holy Spirit. Having been a coward, Peter, full of the Spirit, was transformed into a courageous man who gave some of the greatest sermons in Acts.

Peter had previously been an uneducated fisherman who internally battled his own doubt and failure (Matthew 14:22-33). In Acts, however, we see a new man who confronted a group of Jews, directly accusing them of crucifying the Son of God, their Messiah (Acts 2:36).

The Holy Spirit granted Peter the words to speak powerfully yet eloquently, piercing the hearts of the hearers, so they were convinced of their need to believe in Jesus and be baptised.

I pray we will be open to the leading of the Holy Spirit as we continue to dive into this book.

Looking forward to seeing you there.